DVD PAL - Good and evil are the two forces that drive ... 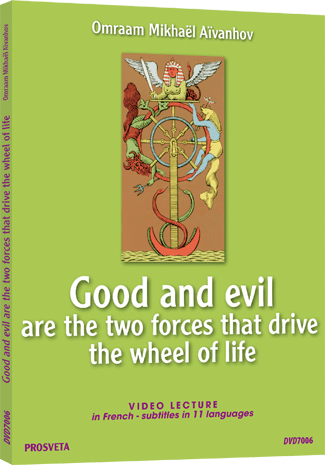 Good and Evil are the two forces that drive the wheel of life - DVD PAL - Video lecture in French - Subtitles in 11 languages - DVD PAL - Length: 56' 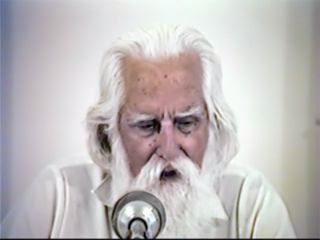 >
‘Often, in the past, when they wanted to draw water from a well, they used a big wheel to which animals or even men were harnessed. Onlookers would have seen some coming towards them and others moving away from them, and they would have concluded that they were going in opposite directions. But if they could have seen this scene from above, they would have noticed that all of them were going in the same direction and doing one and the same work.
In the same way, it only seems that good and evil are the expressions of contrary currents forever in conflict… The day human beings are able to observe events from above, meaning from the spiritual, initiatic point of view, they will understand that good and evil are two forces harnessed to do the same work of keeping the wheel of life turning…’